"Blessed are the peacemakers, for they will be called children of God."

~The Sermon on the Mount, Matthew 5:9 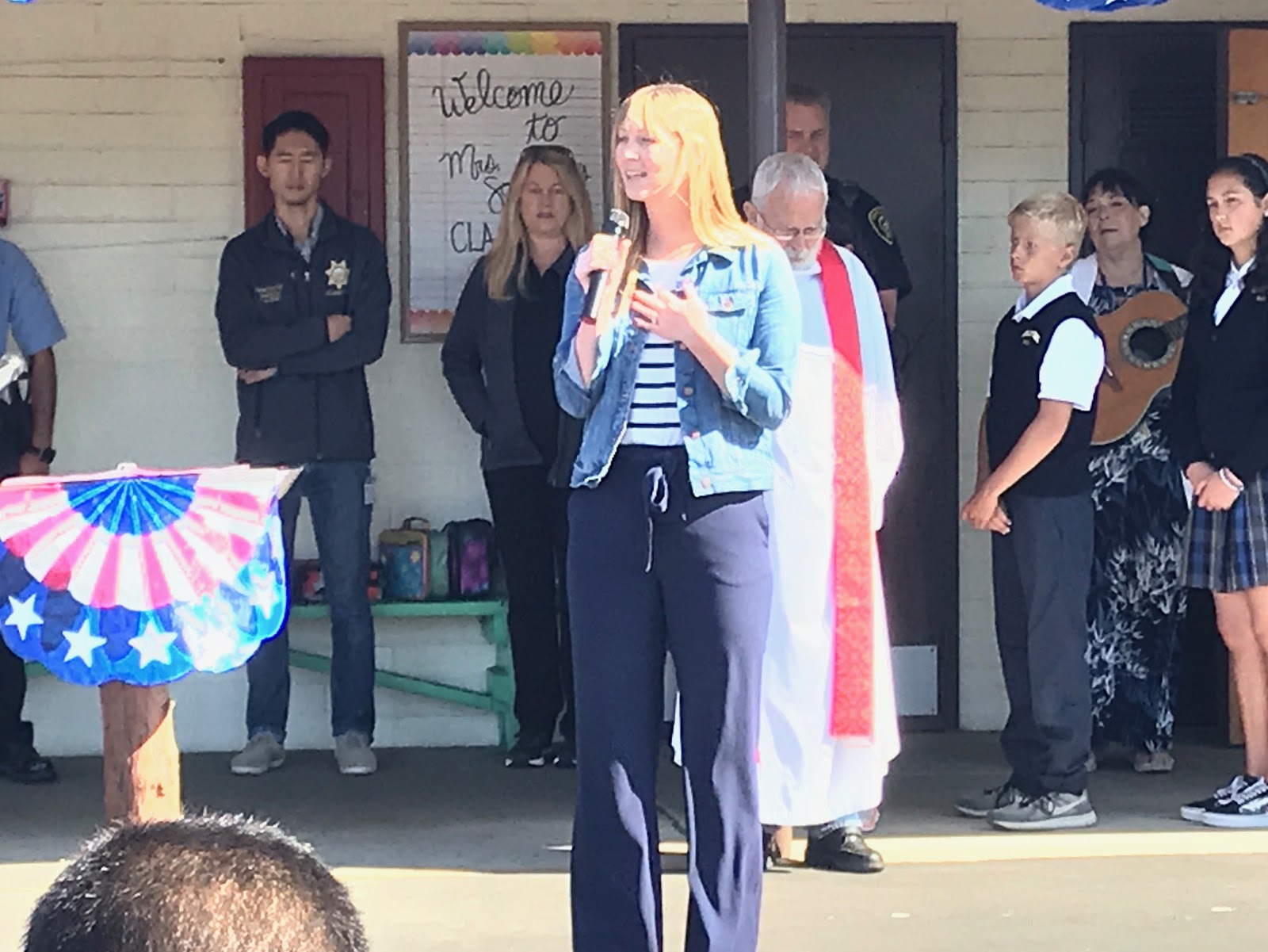 Every year on September 11th, Holy Cross School hosts its annual Cookies for Courage honoring Police Officers, Firefighters, Paramedics and First Responders. Our students prepare and decorate trays of cookies and present them to representatives of First Response agencies in Santa Cruz County as a symbol of appreciation for their work.

This event was created by Riley Sisk after the terrorist attacks of September 11, 2001. Riley was a sixth grade student at the school when the attacks occurred. As part of her service project, she came up with an event that honored all the First Responders of Santa Cruz County for their commitment to keep us safe and that commemorated the sacrifices made by first responders on 9/11. In 2019 Riley returned to school for the 17th Annual "Cookies for Courage" event and shared her belief that anyone with a good idea has the power to see that idea become a reality.